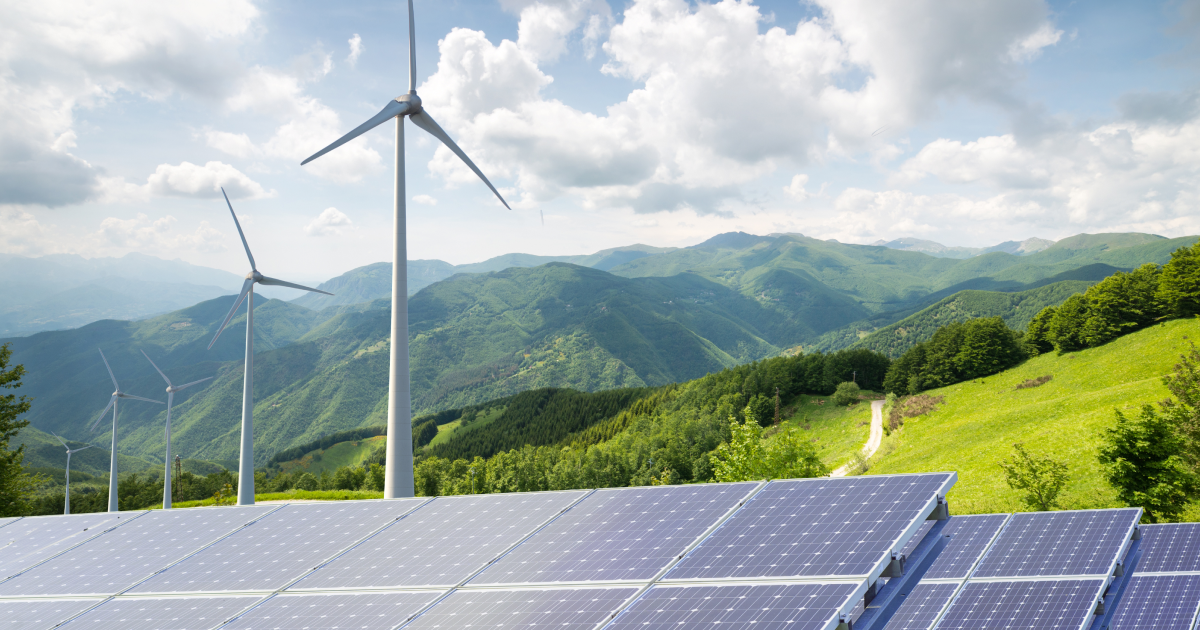 Crayhill Renewables is in the business of removing barriers that currently constrain US renewable energy developers. Its recent tie-up with Exelon represents the latest step in its aspiration to help grease the hinges of project stage gates and clear a line of sight for developers in their efforts to accelerate the US energy transition.

“We’re at a point right now where there’s a real need to decarbonise as fast as possible,” said Ben Snydacker, managing director and co-founder of Crayhill Renewables. “Crayhill Renewables wants to strip away some of the barriers to the transition by streamlining the complexities of late-stage development and removing the financing challenges faced by the climate tech developer community.”

Crayhill Renewables’ platform is designed to partner with developers at a very early stage, providing a suite of pre-NTP capital products that provide a clear line of sight towards project execution.

“We will place equity investments at a far earlier stage than a lot of sponsor equity firms are comfortable with,” said Snydacker. “Due to our expertise in development and transmission, we’re able to make informed and thoughtful investment decisions on these projects at a very early stage.”

In doing so, the firm acquires the assets and partners with developers, providing milestone payments across the development lifecycle.

“We own the assets and enter into developer services agreements with the developers to complete the development on our behalf,” said Snydacker. “We are an owner-operator.”

“We’re excited to be aligned with the Crayhill Capital team to bring a full suite of capital products to the development community. There is very strong alignment in the vision of where the US renewables market is going and how to best address the capital needs of developers,” said Snydacker.

That relationship provides financing flexibility for Crayhill Renewables when approaching developers, and that is a differentiating factor for the firm.

“We’re trying to build a solution for developers that takes a lot of the headaches off their plates, whether it be transmission issues or tax equity issues,” said Snydacker. “We’re able to approach developers, determine the pain points in their capital structuring – and in their business generally – and use the tools that we have to help solve them.”

Flexibility is a cornerstone for Crayhill Renewables, where the team works to create bespoke structures to fit the specific needs of developers.

“We see that flexibility as a real competitive advantage when we’re talking with developers,” said Snydacker. “We’re not just saying ‘Show us your assets at NTP. Here’s our valuation. Here’s our purchase price’. It’s really more about trying to build foundational partnerships with our developer partners.”

Crayhill Renewables’ investment strategy is as an owner-operator of assets in deregulated markets, where it can maximise and optimise merchant exposure.

“So, as well as placing investments quite early, the other unique aspect of what we’re doing is to provide additional flexibility around offtake, which allows us to be opportunistic in how we evaluate projects,” said Snydacker.

The US industry has been built and coalesced around power purchase agreements (PPAs), which have provided comfort for project finance participants, whether lenders or tax equity players, around the cashflows. The industry has become very competitive, to the point where PPA pricing has been driven down to where Snydacker feels that “in many cases, economic yield during the duration of that contract may be significantly compressed”.

“Crayhill Renewables is willing to look at a wide range of offtake structures, including both contracted and uncontracted revenues,” said Snydacker. “While PPAs remain a cornerstone of the market, we will look at merchant revenues strategically to enhance project returns. We look at power market fundamentals to help inform how we approach offtake structuring on each individual project.

“Depending on the region in which we are looking to make investments, we have different revenue streams and contracting methods to structure around. This flexibility allows us to structure deals in a manner that creates additional value and provides higher returns. The renewable energy industry has been moving gradually in this direction over the past several years and our approach builds on some of that precedent.”

Crayhill Renewables has built in-house systems to power its analysis, overseen by Warren Whitson, the head of transmission analytics, who has 13 years of experience at large regulated and deregulated utilities, and at independent power producers (IPPs).

“That gives us more visibility and more certainty around the transmission and market analytics piece,” said Snydacker. “That piece is increasingly front and centre for the entire industry.”

As well as specialised analytic experience, the Crayhill Renewable’s team has more than 40 years of collective experience in developing, financing and owning/operating climate tech projects. That gives the team an understanding of the pitfalls and challenges associated with development and the financial hurdles that developers face.

Ben Snydacker is responsible for overseeing financial structuring and execution. Prior to Crayhill Renewables, he was a VP of project finance and research at Silicon Ranch and also took leadership of EY’s renewable energy tax equity practice.

Co-founder Erick Bauman is responsible for acquisition, origination, and development strategies, as well as operations. Before this, he oversaw M&A and PJM development at Silicon Ranch and has held multiple roles in the renewable energy industry.

The company is looking to build portfolios of 500MW to 1,000MW, operate them for several years, prove out the economics and deliver seasoned assets to the market. And it is targeting the large oil and gas companies, or utilities, to take them out of the asset as it believes that “they are going to have an appetite for assets that have some merchant component”.

“Ultimately, we’re trying to view these projects as power plants. Operate them opportunistically, take advantage of market conditions and deliver those operating assets to teams who may have invested in renewables historically, but are looking to achieve higher returns by operating these plants more opportunistically,” Snydacker said.

By operating in deregulated markets, power can be delivered on an uncontracted basis into a wholesale spot market, allowing for more flexibility and opportunism than in regulated markets.

The average lifetime of an investment could be several years, according to Snydacker, particularly as Crayhill plays a part in a project early on in its development, even before construction begins.

“We’re going to be in the deal for a couple of years prior to construction,” said Snydacker. “Depending on the size of the asset, construction may take five to 12 months, and then we’re looking to own and operate for another two or three years to season the assets, effectively de-risking them for buyers.”

Exit is most likely to be to individual institutions rather than the public markets, on the premise that there are a variety of different long-term buyers and partners in the market.

“If you build a portfolio of high-quality assets, there’s going to be an appetite for that,” said Snydacker. He declined to comment on target returns from the investment, however.

In September, Crayhill Renewables and Exelon Power Services formed a partnership: the Accelerant Programme. Exelon Power Services is a services group within Exelon Generation, a subsidiary of Exelon Corporation, which is the nation’s largest producer of carbon-free energy in the US, with approximately 30,000MW of capacity.

“Bringing Exelon’s expertise in power generation, plant management and operational services at a very large scale removes another headache for developers,” said Snydacker. “It helps us face the development community in a way that allows them to focus on what they’re good at, developing assets. It helps facilitate more projects to be realised.”

Exelon will capitalise on its expertise operating a very large nationwide fleet of operating plants and is looking to extend those capabilities to third parties.

“Everything that we come to own will be managed on an operational basis by Exelon,” said Snydacker. “We’re a pretty small team and our focus is on the deployment of capital, the development of these assets and the structuring of these assets. Exelon is a very large company with significant expertise around power trading and asset management.”

The company is currently in negotiations on several portfolios of solar, storage and hybrid solar and storage projects across the US from mid-scale utility sized deals of between 20MW to 150MW.

“Projects in the range of 20MW to 150MW are an ideal size for us as they allow for us to build diversified portfolios while also achieving scale,” said Snydacker.

It is close to closing deals by the first quarter of 2022.

“The idea is to achieve scale by creating a structure that benefits developers’ businesses so that we can extend what we’re offering across, ideally, their entire portfolio,” said Snydacker. “Achieving scale through efficiency with the developer is important for both Crayhill Renewables and our development partners.”

Crayhill Renewables will supplement Crayhill Capital Management’s existing credit strategies by focusing on investing in and developing a broad range of renewable energy assets with an initial concentration in solar and battery storage.